Wellworking recently redecorated and refurbished the MIND Lotus Centre in Southall.  The centre runs daily activities, including classes in yoga, creative writing, gardening and healthy living classes for people who struggle with mental and social difficulties.

After a meeting with the staff back in June we came up with a plan of donating stackable meeting chairs and a meeting table with canteen chairs, while Jennifer Newman kindly donated some of her iconic furniture for their garden area.  We also proposed redecorating their meeting room to give a more modern & friendly look.

On a sunny Monday in October a Wellworking team of 14 enthusiastic volunteers arrived in Southall to accomplish what turned out to be more than just a team-building exercise. Over the next six hours the faded yellow walls and ceilings were turned sky blue, a colour chosen by the service users of the centre, and everyone was racing to get a brush or a roller to get started on this marvellous project.  By 4pm the total makeover of the Lotus Centre had become a reality thanks to the effort and hard work of everyone who had volunteered. 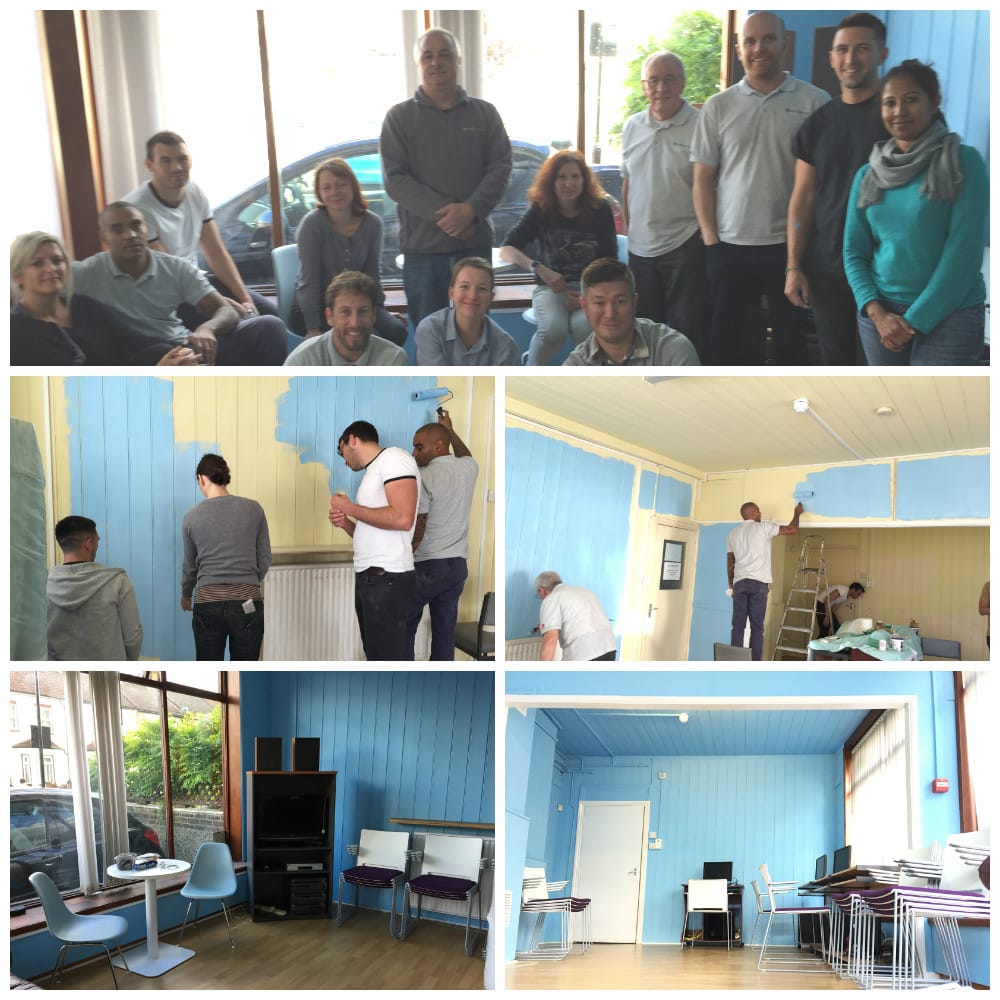 This project was part of Wellworking’s ‘Making A Difference’ efforts, and enabled us to give back to our local community.  We not only discovered some previously hidden DIY skills, but were also excited to present the renovation for their service users on the following day.

Ciaran Biggins from Hammersmith and Fulham Mind added “Apart from the monetary aspect, the staff volunteers and service users all appreciate the gesture and thought that accompanies a donation; it really is encouraging to know that people still want to engage and fund raise on behalf of others. It enables us to assure people they have not been forgotten or marginalised, which given the reasons they attend can only help those who rely on services such as this.”

A month later I was invited for afternoon tea at the Lotus Centre to meet the service users, and was welcomed with tea and cake.  Several happy service users and staff members greeted me and asked me to pass on their thanks to ‘Team Wellworking’ for our effort, time and donations to their centre.